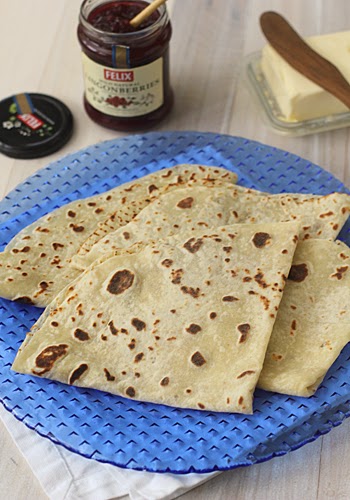 As much as I embrace my Southern roots, I am fortunate to have married into a family with a bi-cultural heritage, those cultures being Polish and Norwegian.  It brings a little more food love into my kitchen.  Like many of the foods that I have introduced to them, Norwegian fare was completely new to me.  I mean, I grew up eating big and buttery rolls, biscuits, and cornbread at the table.  I didn't even eat flat tortillas with tacos (I know-- the horror).  So this Scandinavian flat bread was a foreign concept to me.  But I have to admit that lefse is delicious while also doing a fine job of sopping up any goodness on your plate, especially swedish meatball gravy.  It also makes for a sweet snack when slathered with butter and sprinkled with sugar or lingonberry preserves.

The dough itself is rather simple to make, but the base does require overnight refrigeration, so plan ahead.  Speaking of the dough base, it consists of cooked and mashed potatoes.  (I guess you could liken these to a potatoey tortilla thingy.  Shhh-- don't tell my husband I said that.)  The unpeeled potatoes are boiled until tender, cooled, peeled, and then forced through a ricer.  Butter, half-and-half, sugar and salt are added to enrich the dough.  The flour is kneaded in the next day to form a smooth dough.  Below I have included a few step-by-steps once the dough has been made. There is just one catch... special equipment is required. 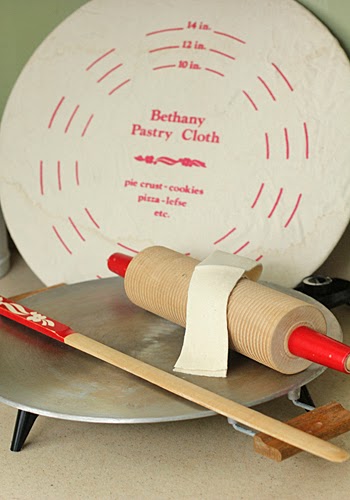 The equipment you will need: covered lefse pastry board, lefse griddle, grooved rolling pin, rolling pin "sock", and a lefse stick.  (If you have made lefse before without such equipment, please advise, for I am no lefse aficionado.) 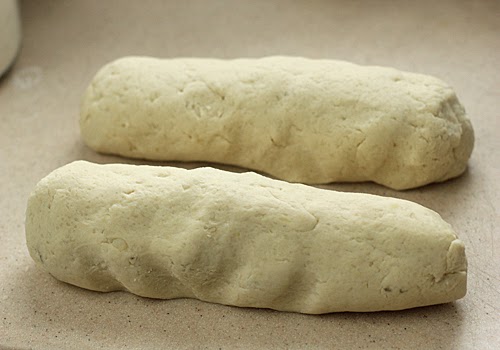 Once you have made the dough, divide it into two logs. 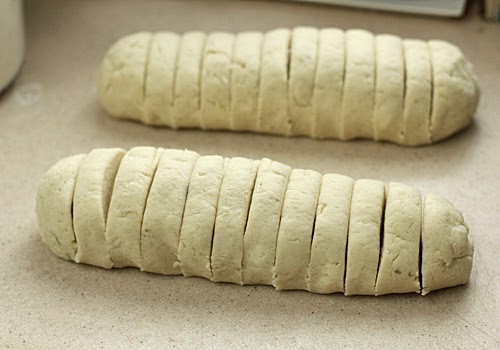 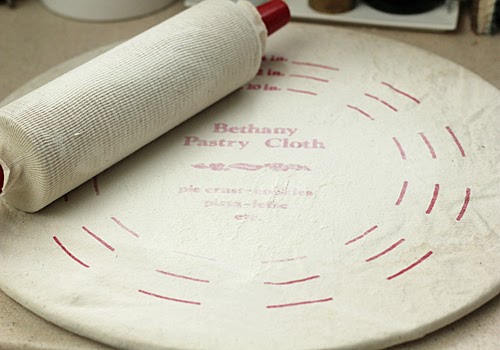 Generously massage some flour into the board and on the rolling pin "sock". 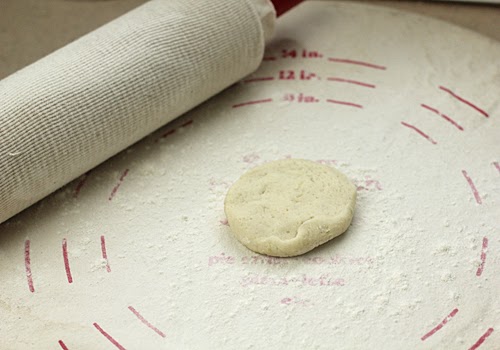 Roll a piece of dough into a ball, then flatten it onto the board with your hand. 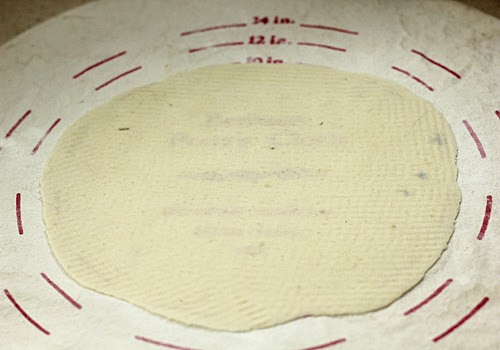 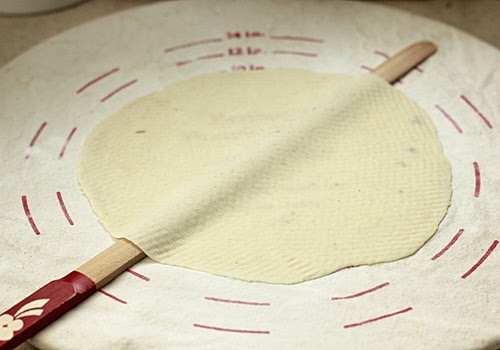 Slide the lefse stick under the dough and, using a back and forth motion, release it from the board and turn it over to continue rolling it out.  Add more flour to the board and pin as needed. 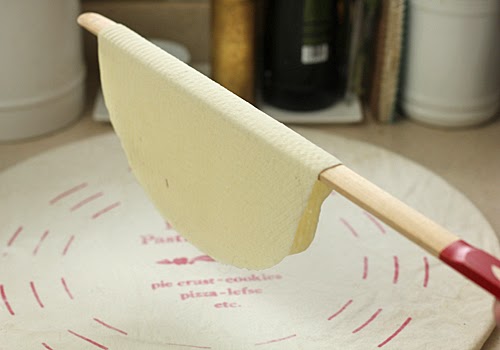 Using the lefse stick again, transfer the lefse from the board to the griddle. 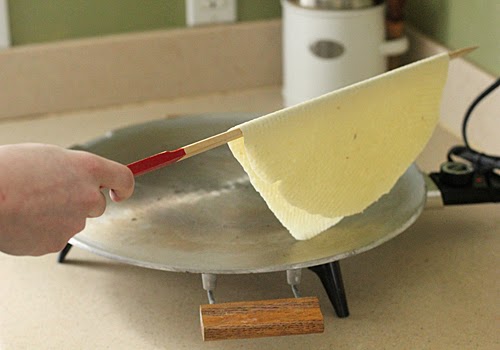 Place the lefse on the griddle. 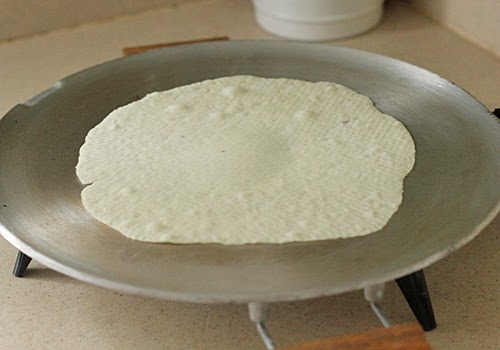 Cook on the first side until it is freckled with light brown spots. 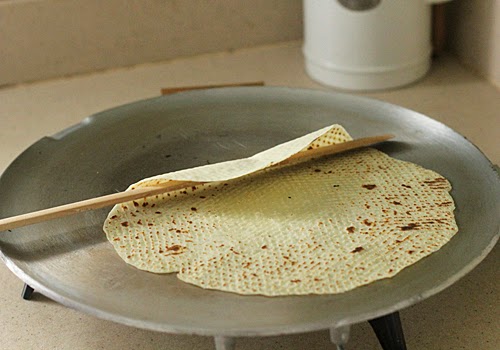 Using the stick, turn the lefse onto the second side. 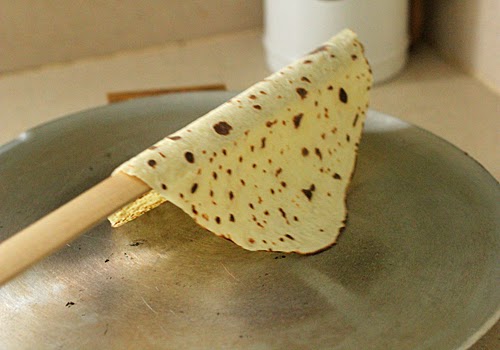 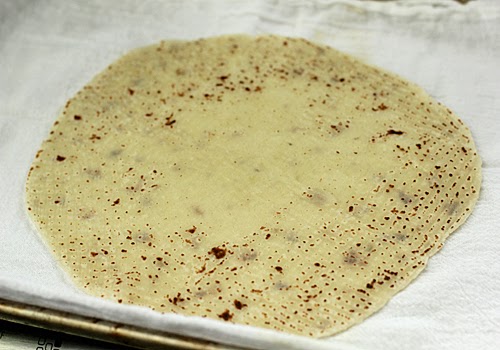 Remove the lefse from the griddle and place large spotty side down on a thin towel. 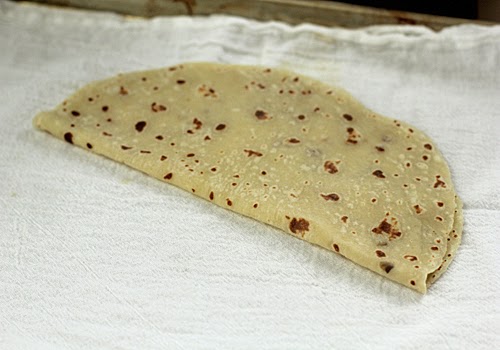 Fold the round in half and 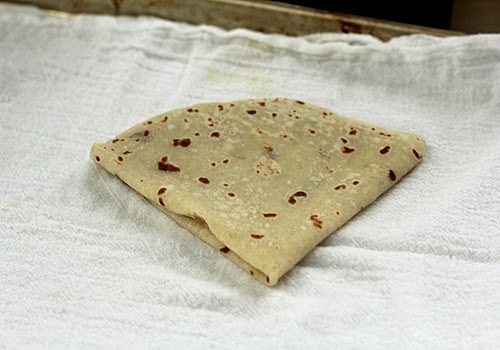 then fold in half again. 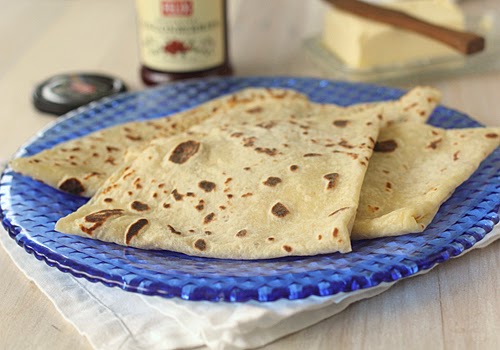 Place the potatoes in a large pot and fill with cold water.  Bring the water to a boil and cook until the potatoes can easily be pierced with a knife, about 30-45 minutes.  (Cooking time will vary depending on the size of the potatoes.  Remove the pot from the heat, drain the cooking water, and allow the potatoes to cool until able to handle yet still warm.  Peel the potatoes, discarding the skin, and force them through a ricer (using the small-holed disk) set over a large bowl.  Add the cream, butter, sugar, and salt to the riced potatoes and mix until thoroughly combined.  Cover the potato mixture with a sheet of plastic wrap and refrigerate overnight or no less than 10-12 hours.

To finish the dough, use a large kitchen mixer fitted with the dough hook set at speed 2 or knead the flour in by hand.  Start by kneading 2 1/2 to 3 cups of flour into the potato mixture, then add 1/2 cup of flour at a time until the dough clings to the hook and cleans the sides of the bowl or if kneading by hand, the dough should be slightly sticky, but smooth and elastic.

Preheat a lefse griddle between 450º-475º F.  Generously massage some flour into a covered lefse board or pastry cloth.  Remove one dough ball from the refrigerator, roll it into a ball, then flatten the ball on the board with your hand.  Using a "sock"-covered, grooved rolling pin, roll out the dough.  (For each rolling stroke, rotate the dough so that the dough rolls out evenly into a round shape.)  When the dough is half of the desired diameter, use the lefse stick to gently release it from the board and turn over, adding flour to the board and pin as needed.

When the lefse dough is as thin as you would like (you should be able to see the stick through the dough), use the stick to lift the dough and lay it out on the heated and ungreased griddle.  Cook the lefse on the first side until it is lightly freckled with light brown spots.  Using the lefse stick, turn the dough to the second side and cook until it is spotted with brown spots.

When the lefse is finished cooking, slide the stick under the middle to lift it off the griddle.  Lay it on a smooth cotton towel (I use a thin bar towel).  Fold the lefse in half and then fold it again in quarters.  Cover the lefse with another clean towel to keep the lefse moist while cooling.  Repeat with the remaining lefse dough, gently overlapping the finished lefse quarters.  Allow the lefse to cool completely before storing.  Store in the refrigerator, covered until ready to use.  Bring to room temperature before serving.  To freeze lefse, place a sheet of wax paper between each quarter, wrap 4-6 lefse in a sheet of plastic wrap and place in a freezer-safe bag.

Adapted from scandistyle.com (I printed the recipe out 11/27/2005 and I am unable to link to the site now.)
Nicole